The Viral Hemorrhagic Fever Immunotherapeutic Consortium (VIC) formed to solve a three-part problem in Ebola virus research. First, although many antibodies against the Ebola virus surface glycoprotein were available, it was unclear exactly which features of those antibodies led to in vivo protection. Second, it was unclear which in vitro assays best forecast therapeutic efficacy in living things. Third, competing laboratories working to find antibody-based therapies for Ebola virus disease lacked a framework for systematic testing of how these antibodies performed, alone and in combination.

To solve these problems, the VIC united the efforts of experts from around the globe in a multi-disciplinary partnership that included structural biologists, virologists, immunologists, clinicians, and public health practitioners from academic, government and industry settings in Europe, the Americas, Asia and Africa in an open, field-wide collaboration to pool resources and gather donated antibodies against Ebola virus and Lassa virus. For Ebola virus, the VIC compiled a panel of nearly 250 monoclonal antibodies (mAbs), many of which were novel, uncharacterized antibodies isolated from survivors, each contributed by filovirus researchers from around the world for side-by-side analyses.

Importantly, the contributed mAbs were blinded to the experimenters so that the donors retained their intellectual property and ability to conduct independent work on their own antibodies. Yet, by being part of a panel, we had a more statistically meaningful group from which we could identify beneficial features. 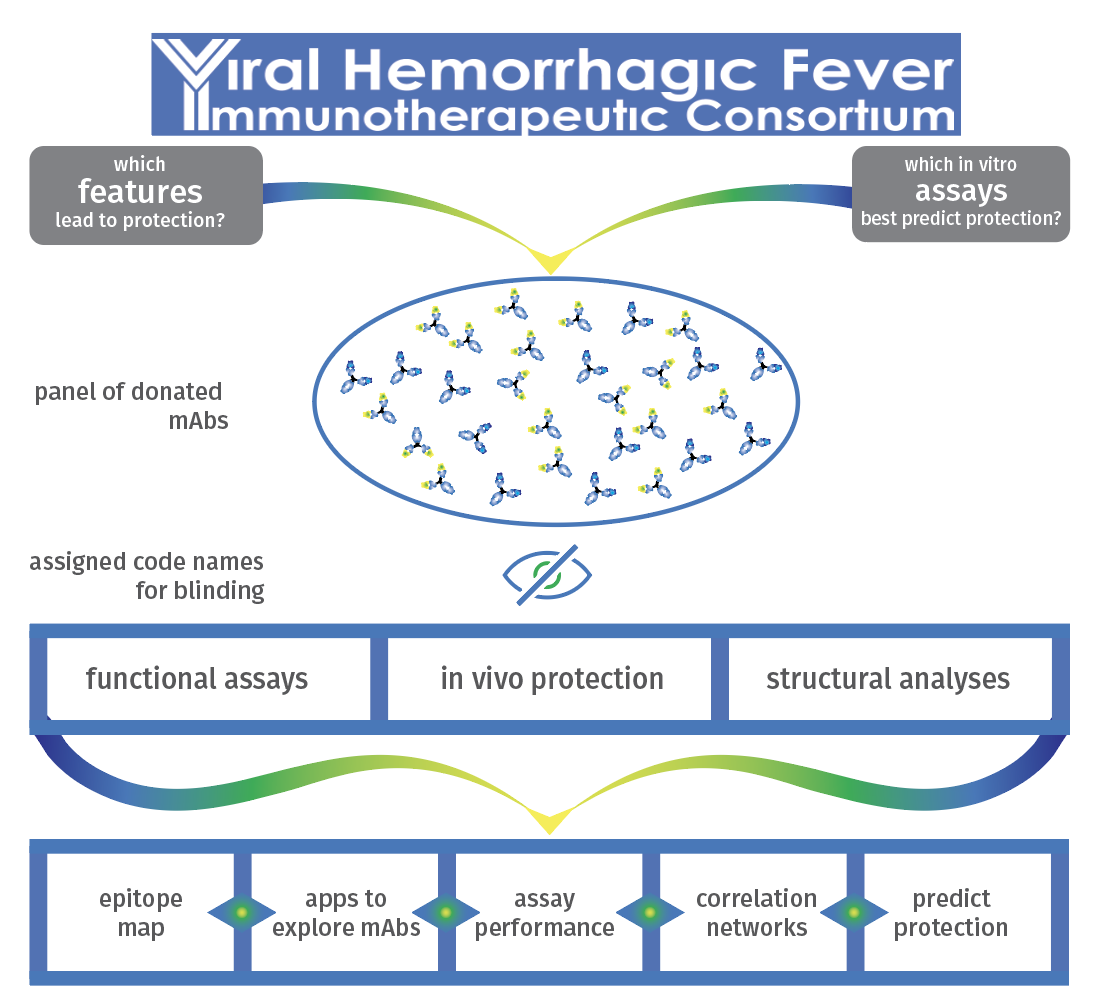 The VIC took two two tracks: a fast track, to find an initial post-exposure treatment for Ebola virus disease to deploy rapidly and a comprehensive track that encompassed an extensive, multidisciplinary analysis of mAbs in the panel. The comprehensive track was designed to determine what antibody features best correlated with in vivo protection, and if ideal cocktails could be made from a broader set of samples and a more informed selection process.

The VIC showed the power of collaboration to advance therapeutics to the clinic, and offered a framework by which individual investigators could race to therapeutic discovery while simultaneously contributing to the greater knowledge base for the future. We can apply the same approach to finding effective antibody-based treatments for COVID-19.